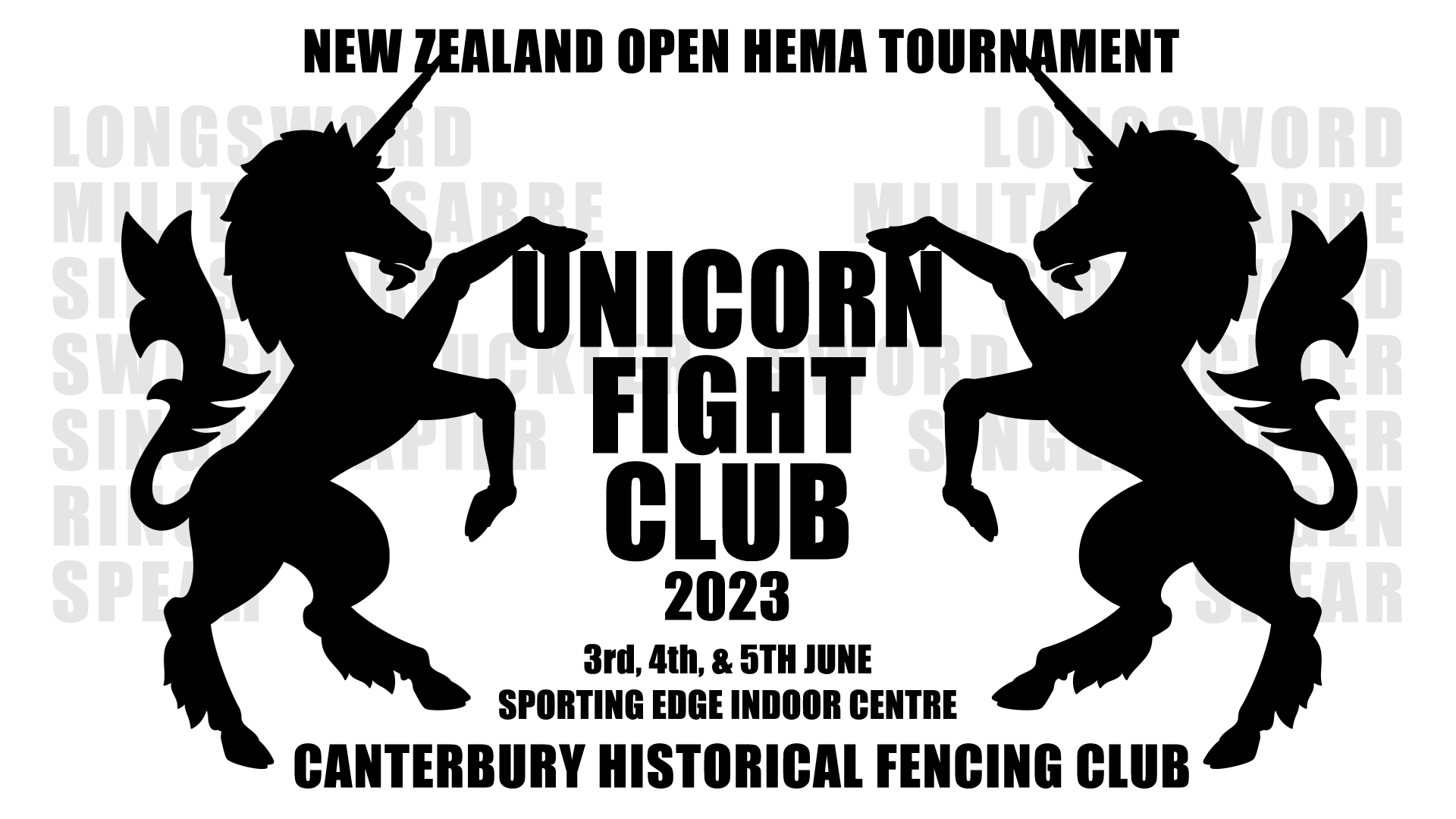 Unicorn FightClub is a series of open tournaments held over three days in central Christchurch, New Zealand. It has the format of an international HEMA competition while remaining accessible and friendly (as is the kiwi way). The first two days are held at a large indoor sports arena, with the last day held at our dojo on the padded mats for the jacket wrestling (Ringen) tournaments, as well as the non-scored events such as rondel dagger sparring.
As well as the medals (and prizes) for winning individual tournaments, we also have prizes for UFC champion (or: Master of Arms)- the fencer with the best overall score over three events, and the much coveted Technical Excellence award (as voted by their peer fencers from the various tournaments).